On a trip to Gettysburg, PA, in 2007, I was struck by the eeriness of the battle fields, grave markers, forested hills, and especially the immense rock formations and outcroppings on which held the nation’s bloodiest battles. As my son enacted battle scenes on the rocks, aiming, firing, hiding and play-dying, I imagined the memories and spirits of these vast rocks, envisioned the created shelters which held spaces called home,  and visualized ghostly impressions of soldiers' movements, eating, sleeping, hiding, resting, and lain across the surfaces, in the fields and woods. These rocks cropped out high above tall grasses in what must have been a sea of blood. Large formations like these protect, defend, gather and disperse; their social souls interacting with whatever encounters them.  We are rocks.  We hold experiences of the past, and those too interact with others' experiences, holding elemental, earthy juxtapositions, looking for a purpose.
This experience inspired me to create works exploring how these objects, in what seem like random groups, form relationships, make unintended arrangements that narrate a story. Initially, while randomly spreading paint and water on the canvas, the rocks began to tell me stories about my relational situations, my childhood, home, global and personal spaces and experiences.  These juxtapositions engendered feelings about social perceptions, group action and reaction, which I wanted to explore more closely.  It has become an investigation of the social theory of rocks, of hidden stories, emotions, and unfolding memories. 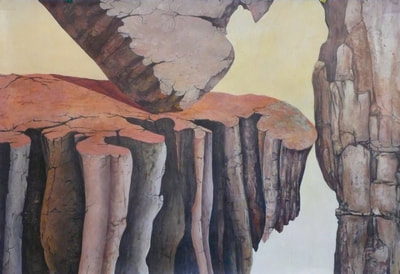 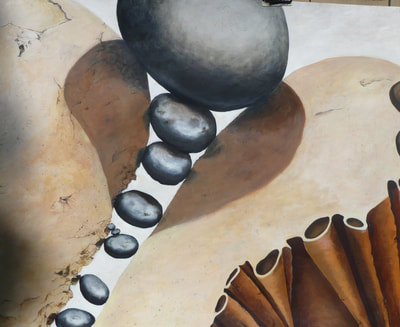 An Incident of Mutual Congestion; Acrylic on paper, 2011 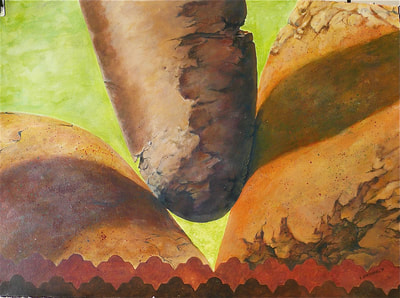 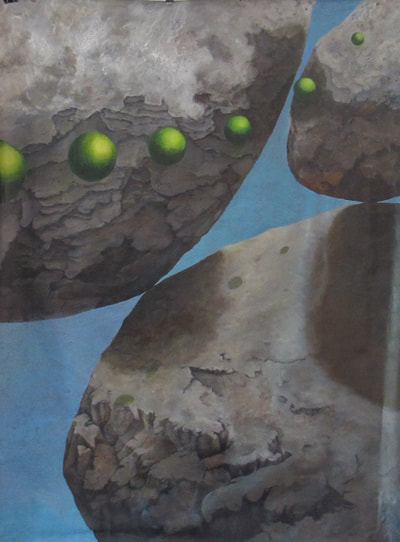 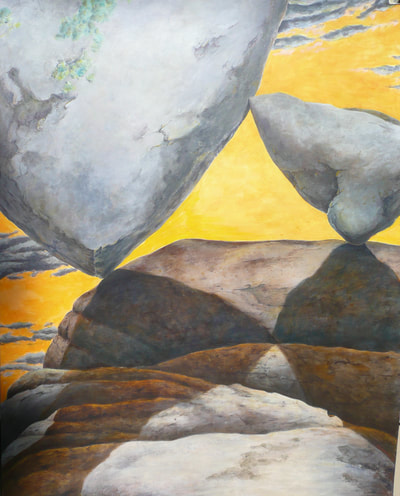 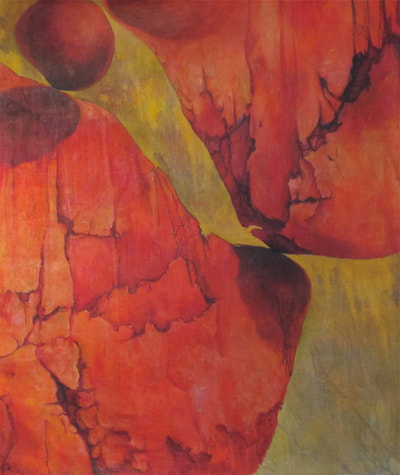 It Concerned Cropping A Red Kiss; Acrylic on Linen, 2012 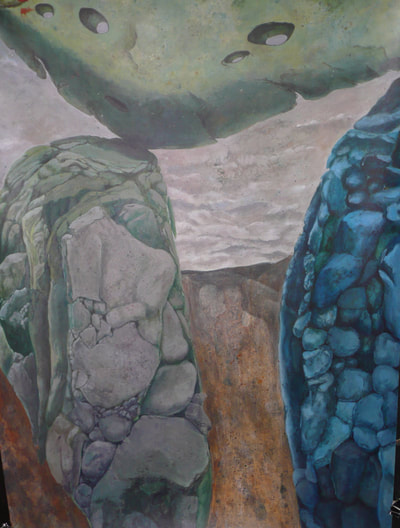 Whether In Doubtful Times Acrylic on paper, 2011 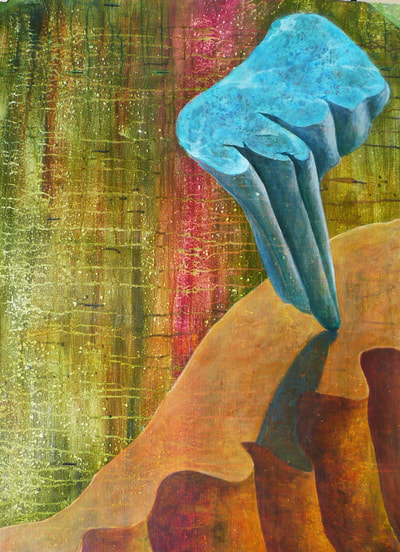 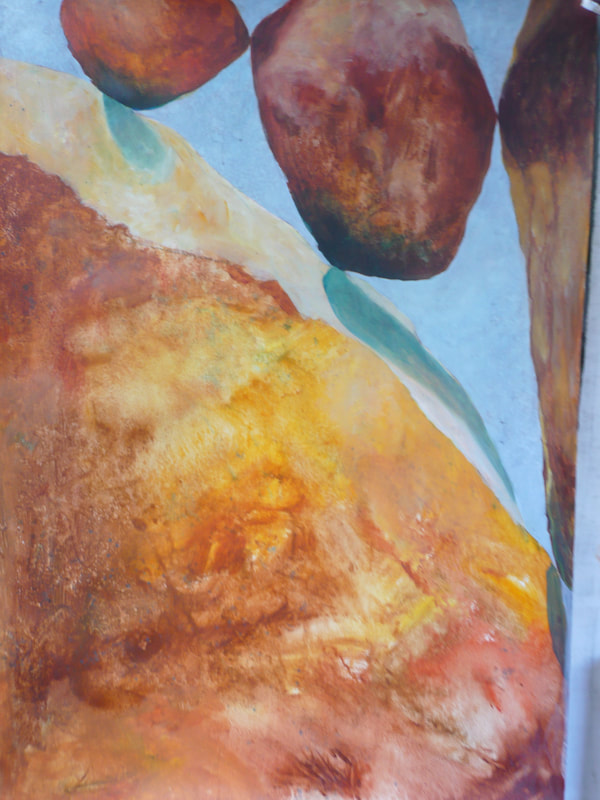 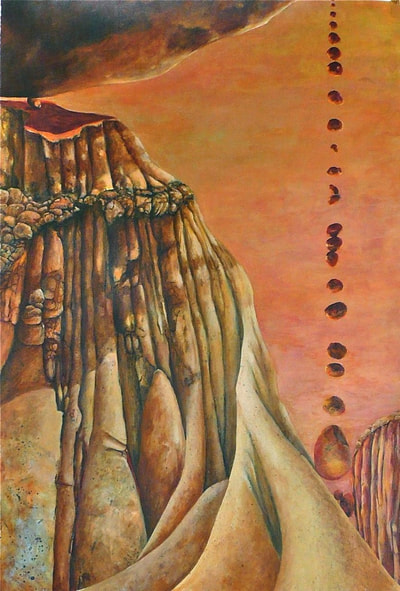 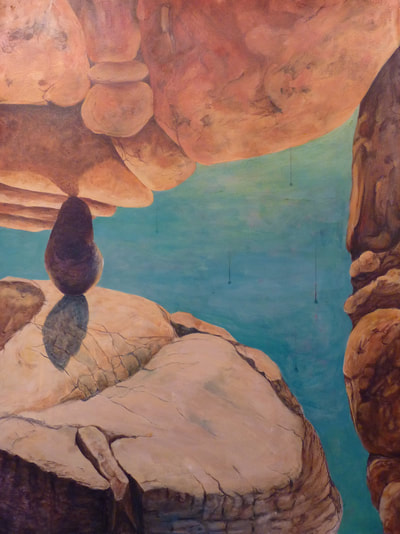 Even If A Voidance is Blue Acrylic on paper, 2010 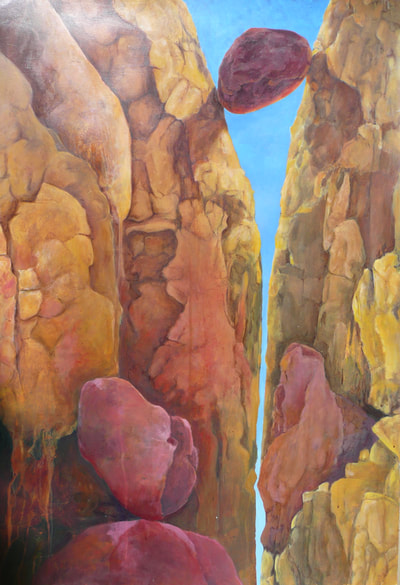 Leaning Into Grace (Upon a Time) Acrylic on paper, 2011 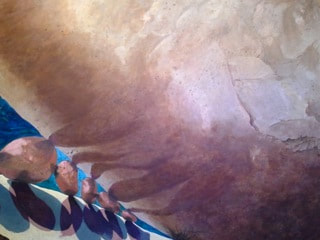 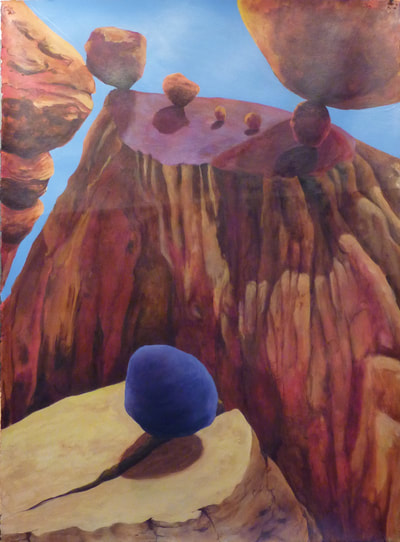 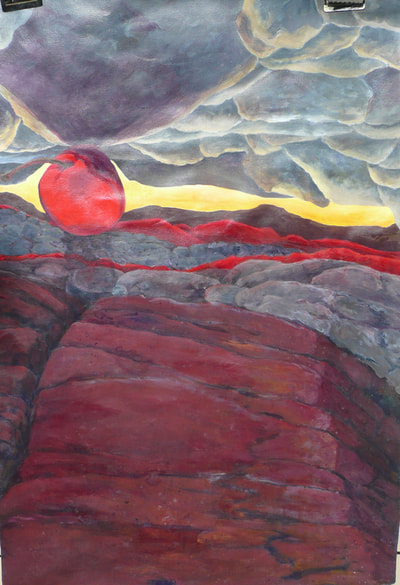 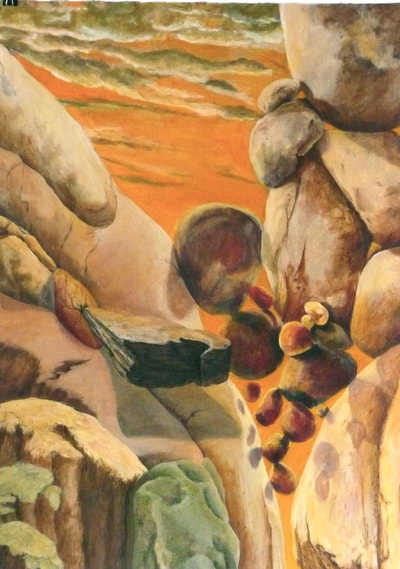 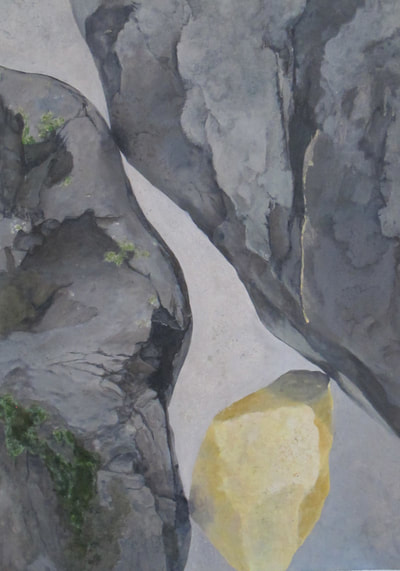 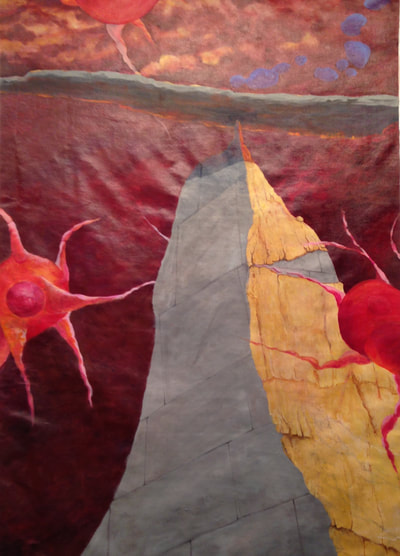 Tower Invasion Within, 2015 Acrylic On Canvas 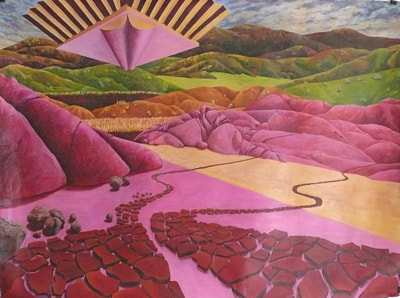 The Beauty of InDecision Acrylic on paper, 2009 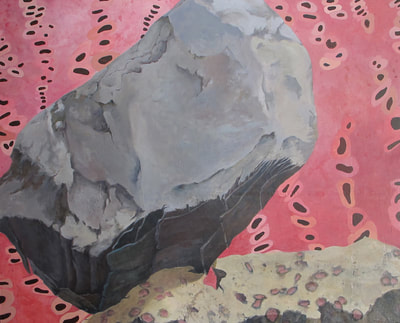 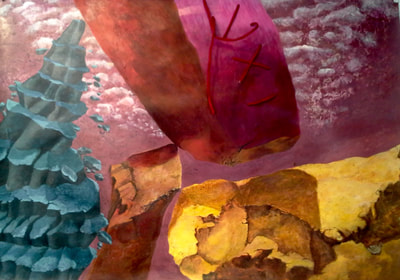 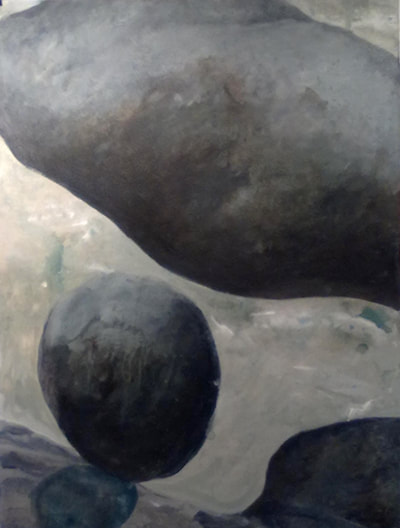 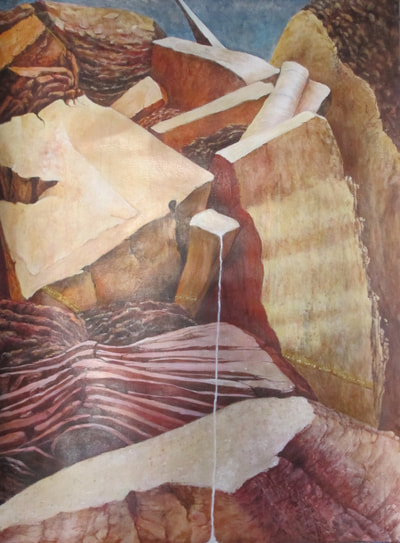 Spilling the Milk Acrylic and golden organza on paper, 2015 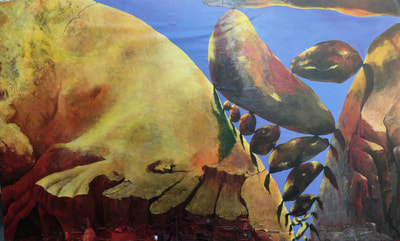 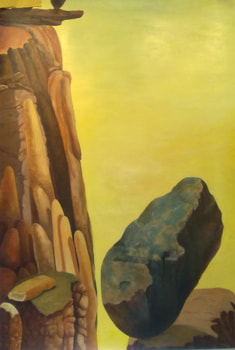 She Who Jumps the High Road; Acrylic on paper, 2010 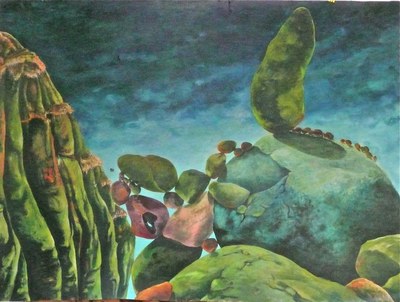 Among the Virilescent Acrylic on paper, 2010